Bob Dylan turns 72 years old on May 24. Happy Birthday, Bob! So what can we wish for a man who already has it all?

Dylan may be the most important figure in popular culture for the past fifty years. Others have sold more records and sold out more concert halls, but Dylan has made an indelible creative mark on the world by challenging popular culture to wrestle with questions of religion, philosophy, and meaning like no other contemporary artist.

The Beatles? They may be the band by which pop music genius is measured until today, but without encountering Dylan’s dismantling of expectations about what pop could be and do (and, as legend has it, getting them to smoke weed for the first time), there would be no Revolver or Sgt. Pepper’s, let alone John Lennon’s “Imagine.”

Dylan has for many years captivated filmmakers, writers, actors, directors, dancers, and poets, too. Allen Ginsberg, a standard-bearer for the place where pop, spirituality and art meet, bowed to the young Dylan, saying: “There is a very famous saying among Tibetan Buddhists: ‘If the student is not better than the teacher, then the teacher is a failure.’”

Dylan’s influence extended to visual arts as well. Andy Warhol was the only prime mover of hipness and meaning to approach Dylan’s artistic impact, and they stalked each other like two boxers in the ring of pop. During a visit to Warhol’s Factory Dylan nonchalantly tossed the artist’s famous cut-out image of Elvis pulling a gun on into the back of his convertible and sped away, symbolically triumphing in their duel. 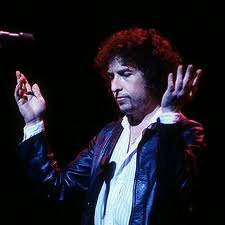 On the religious front, Dylan has traveled many paths and one path all at the same time. Is he a devout Jew still known to appear at Chabad synagogues, a reformed born-again Christian, or a humanist iconoclast? On all of these paths he has modeled an artistic search for feeling, meaning, and truth.

As Joan Baez, a former lover and one of Dylan’s first patrons in Martin Scorsese’s Bob-umentary, said:

There are no veils, curtains, doors, walls, anything, between what pours out of Bob’s hand onto the page and what is somehow available to the core of people who are believers in him. Some people would say, you know, ‘not interested,’ but if you’re interested, he goes way, way deep.

So as Dylan turns 72 on May 24 — the Hebrew birthday of שבתאי זיסל בן אברהם is 27 Iyyar — what birthday wishes can we offer?

Seventy-two in gematria is chesed. In kabbalistic terms chesed means something like “Love Minus Zero (No Limit),” the title of a Dylan tune from 1965. What might be true of all great rock and roll is certainly true of Dylan: no matter their topic or instrumentation, all of his songs are love songs at their core. Dylan took these obsessions with love further than any pop star before him, particularly when it came to completing the divine.

Celebrating Dylan’s 50th birthday with a list of 50 things he loved about Bob, Bono pointed out mixing-up human love and love of God. This tangling of divine and human love while wrestling with their limits is the story of Dylan’s music in every era — from “Love is all there is it can’t be denied” on Nashville Skyline in the late 60s to “Shelter from the Storm’s” “If I could only turn back the clock to when God and her were born” in the 70s to a more recent album entitled Love and Theft.

Dylan’s songs interpret the balance and battle of chesed and gevurah — ultimate love, life, birth, and release in tension with the ultimate limit of destruction and death. “He not busy being born is dying,” Dylan sang some fifty years ago — a mantra for the creative life he has modeled for artists, thinkers, and teachers for more than half a century.

On his birthday of chesed we celebrate Dylan’s curiosity, confounding of expectations, shattering of myths, rebuilding of myths, crankiness and love of music. (Just listen to one of his one hundred radio shows Theme Time Radio Hour of a few years ago with hour-long musical explorations of themes from Drinking to Hair to Tennessee to enjoy the company of someone whose love of music is overflowing.)

As my friend and teacher Rabbi Ebn Leader has taught, “Existence itself is an act of chesed – ‘Olam chesed yibaneh’(Psalms, 89:3).” For the world of popular culture that matters, Bob Dylan is a foundation of the world.